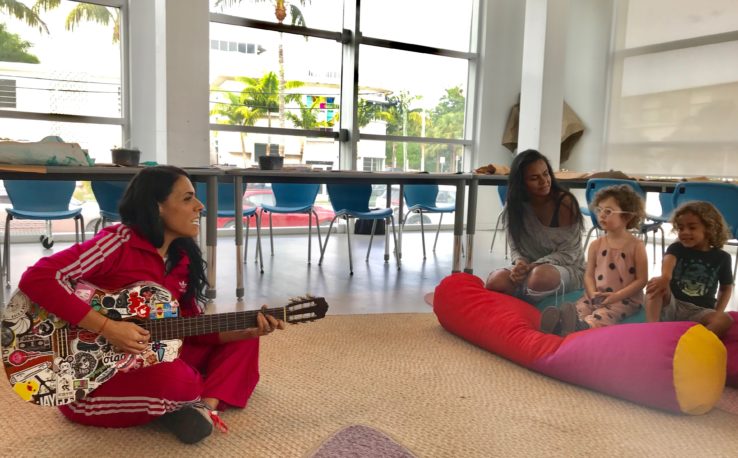 The latest newcomer to the Kcull artist dynamo is the Mexican-born, status-quo contrarian, multi-disciplinary artist Paloma Dueñas. Born and bred in Mexico City —DF is dead, the new acronym being CDMX— she fares from the capital’s Coyoacán municipality, where her much beloved, transmuted and admired Frida Kahlo was born, as well.

We sat down with her for a friendly chat on her art forms, her expectations upon joining the Kcull Artist Market and, importantly, her yearly ofrenda installation for the upcoming Día del los Muertos. Never dull, she took the stage and fired away.

How did you first become an artist?
I majored in music therapy in Boston’s Berklee College, so that was my first inkling. Then I took to drawing and photography and established the Photography by Paloma Studio in 2006. Eventually, in 2010, this became the PalomaARTStore, a spot where I can blend all my passion projects: investment in native Mexican craftwork, jewelry design and craft, collaborative projects, small object decoration, music, photography…

We are captivated by your floral ofrenda. What is it?
It is a Día de los Muertos Altar Ofrenda Installation. But it’s not just floral. It combines different elements, such as food, candles, music and imagery, and is dedicated to the people that we love and have passed. This year, I set it up one week before Día de los Muertos. The installation will be housed at Kcull Market’s famed Little Havana Calle 8 location, where I will host informal talks and chats for incomers on November 1 and 2. 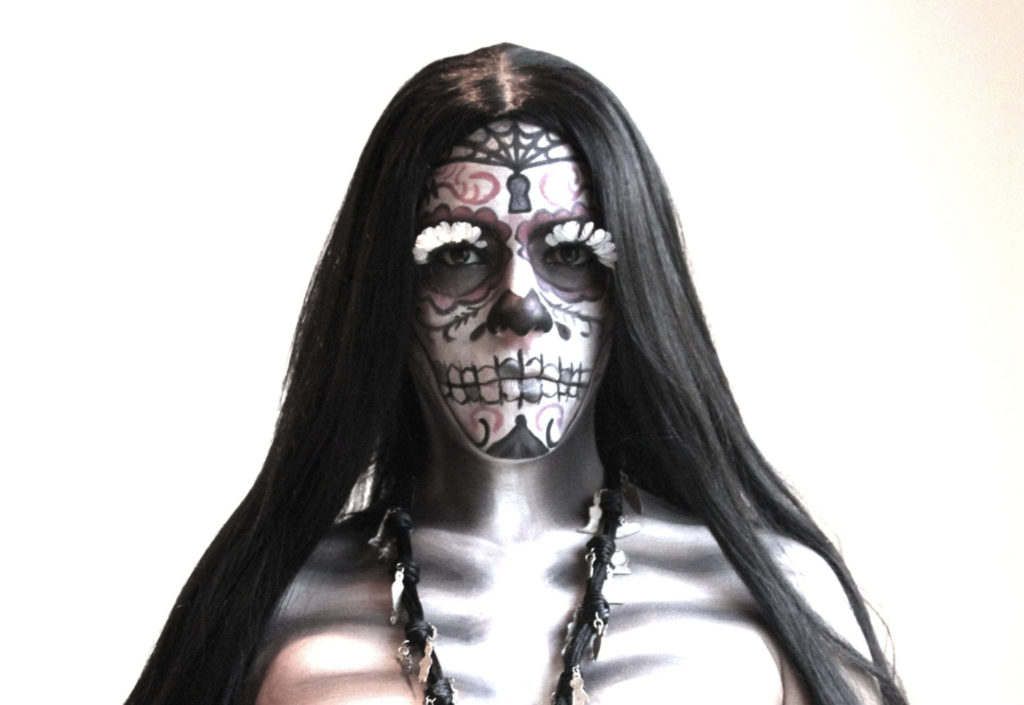 You say it honors our dead loved ones…
Ofrendas honor the dead… death itself, really. Mexicans are born and bred with this idea of speaking openly about death, even celebrating it as an integral part of the cycle of life. Ofrendas combine Catholic and pre-Hispanic elements. Centuries ago, the Mexicas (the true name of the Aztecs) considered passing away an honor. This is quite the taboo in many societies nowadays, because it puts us face to face with something we don’t understand or want to think about, forever linking it to pain and suffering. Here, in our very own Miami, years ago, I was meant to set up an ofrenda at an exhibit on October 12, the Day of the Hispanidad. It was planned and approved, but security said no at the very last minute, alleging that they did not want to offend anyone. Offend? Ignorance is very daring. People project their assumptions. And so, many think an ofrenda has to do with voodoo, santería, tarot, or such esoteric matters. Far from it. I want to educate.

And that’s how it all ties in with The Day of the Dead, which is NOT the same as Halloween, right?
Yes, Halloween has deep roots in El Día de los Muertos, but it’s not the same. Taking its festive side is how the US has allowed some of these death-related topics to sip into mainstream culture. Consider the iconography, most famously the Catrina skull. Decked in 1910’s high society headpieces and garb, creator José Guadalupe Posada meant it as political and social satire. Today, devoid of its original intent, it has taken artistic and festive flight. It’s ever so popular, having become a worldwide symbol of Mexico. By educating the larger public about ofrendas, I hope to make a contribution to an exchange that has been going on for decades now. Heck, I even went trick or treating as a young child! That’s how Americanized we all were (becoming). Disney’s Coco is another stepping stone in this direction. Which, by the way, also brings up the fact that kids are the most curious and interested bystanders in my ofrendas. They don’t have a problem speaking of death. I mean, some of their comments and contributions really stun me and bring a smile to my face!

How did you end up breaking bread with Kcull and what has it meant for you?
Before COVID, I had a traveling Mexican art and handcraft pop up shop that I showcased at all sorts of events in the greater Miami and Ft. Lauderdale areas. These events have been largely modified, if not suspended. KCull knocked on my door and invited me to join their artist collective. I am very honored and thankful. First, I get to keep offering my art, trade and craft —it pivots around three main themes, namely Frida Kahlo, the Mexican lotería (not what you think), and the Day of the Dead— to my art collectors and followers at large. Additionally, it’s a unique chance to work with a platform which is helping out artists and giving artistic whim commercial viability during this crisis. In my case, I get to educate and share my knowledge of El Dia de Los Muertos, a beautiful Mexican celebration and tradition.

Get 10% Off Your First OrderJoin Our Newsletter

Experience and enjoy the Tours in Miami's Best Attractions.