Taking a Look Back at Kcull’s December Events 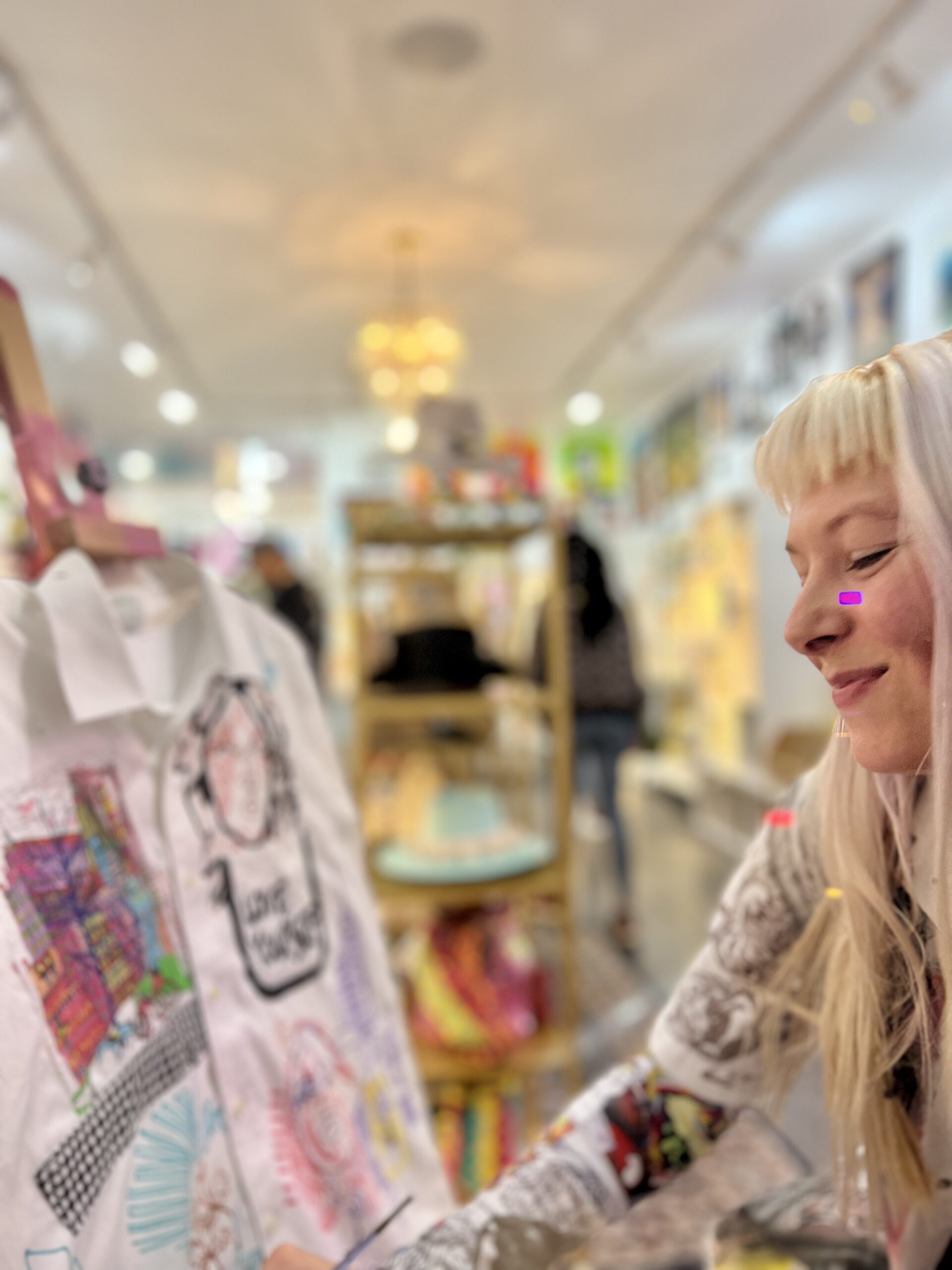 We recap last year with one of Kcull’s last events. In December, one of Kcull’s local artist, Katelyn Fay did a live painting at the Kcull boutique shop during one of their monthly boutique nights on Miami’s Art Basel weekend. Aside from being a painter, Katelyn is also a Kcull vendor and sells her Faena clothing line exclusively online at Kcull.com. The line includes a “blending of old and new using a mix of her artwork digitally printed fabrics, original hand drawings & repurposed thrifted clothing.”

To top it off, Katelyn debut her latest song during that same night! Her song, “Trendsetter,” an allegiance to authenticity, can be described as an electronic dance pop song with a positive message to “be yourself.”

LISTEN TO THE SONG “TRENDSETTER”

Growing up in Delray Beach, Florida, Katelyn Fay has a traditional background studying the fine arts and photography. Her clothing is a direct reflection of her. It’s a statement towards a society that praises conformity and encourages a less is more mentality. Katelyn has always rejected uniformity, dating back to her upbringing attending private schools, then later in life as an adult when applying for jobs.

The inspiration behind the Art Printed Button Downs came to her during the pandemic when she was going through her closet seeing all of the many button downs she had for work related jobs. She was fired from her job and wanted to make a statement about how when applying for jobs they always require you to dress “professional”. She wanted to just be herself and didn’t understand how if she was truly herself then that meant not getting the job, due to her necessity to stand out through her clothing. So she decided to take all of those button downs and customize them with her artwork; a way of regaining control of her identity and self expression. She put the button downs up for sale and they sold out immediately.

Now those button downs are available at Kcull for you to embrace your inner self expression and individuality too.

Wearable art brand, Faena by Katelyn Fay by artist Katelyn Fay aims to blend old and new by using a mix of her artwork printed fabrics and repurposed thrifted clothing and materials.

With influences in streetwear, sportswear, 80s/90s/2000s/contemporary, colorful, bold prints and Katelyn’s own personal style growing up in South Florida.

She tries to envision her clothing as a form of self expression and as everyday performance art made for everyone, worn by the bold and creative souls.